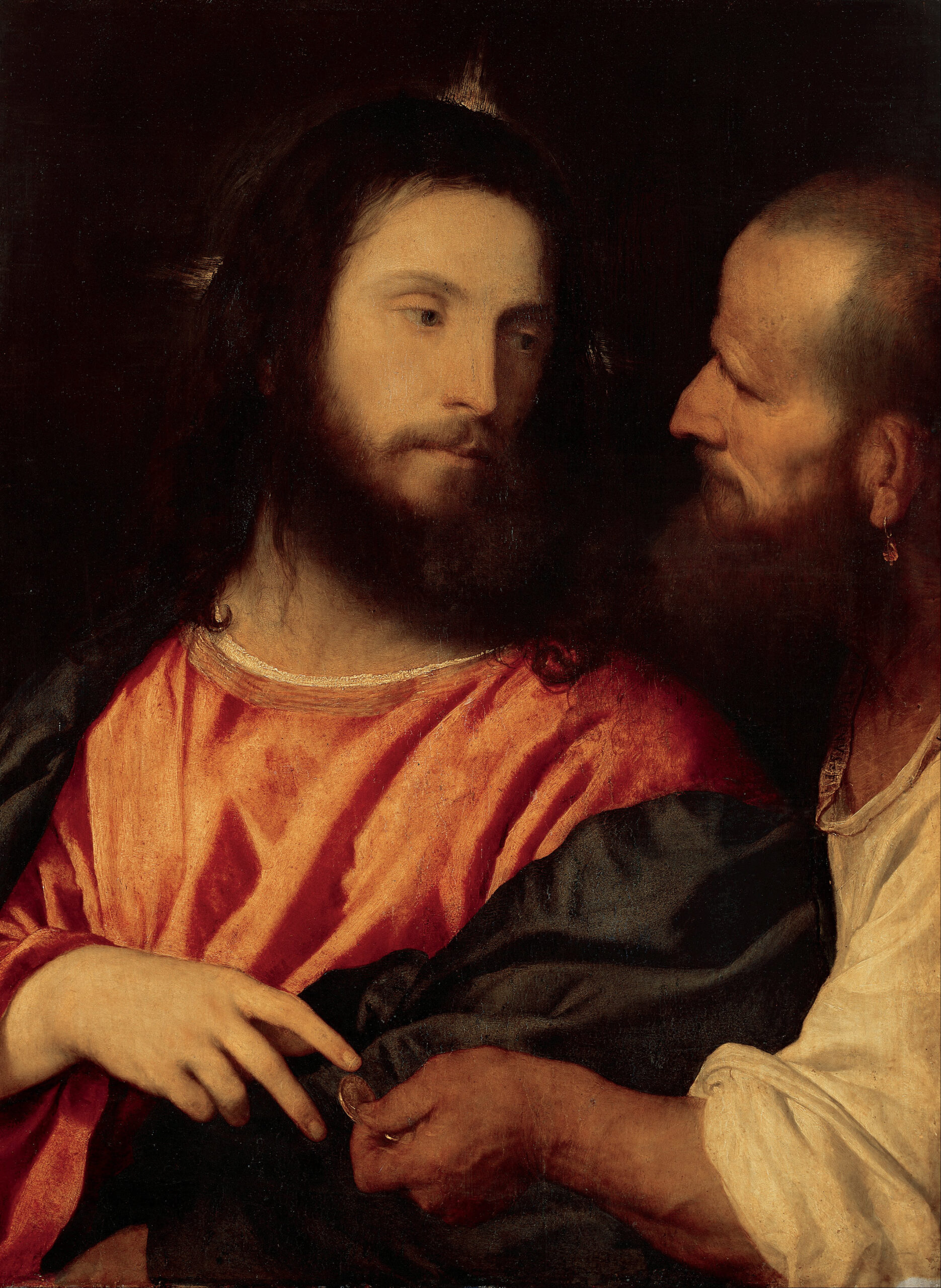 The Teachings of Jesus: God and Politics

Rarely does Jesus get involved in politics. He does make pretty trenchant criticism of the Jewish religious authorities of his day, particularly where they are strict on enforcing rules, often petty ones, but show little compassion for the poor and suffering. All should be compassionate and work for the common good.
Just once does he get embroiled in an attempt to drag him into a discussion about the legitimacy of Roman Empire’s tax demands. He neatly sidesteps giving a straight ‘yes’ or ‘no’ answer with his famous, ‘Render unto Caesar that which is Caesar’s’.
Perhaps his view of politics is best seen by the way he treats people.
He reaches out in healing to Jews, foreigners and Romans alike.
As his adversaries point out, a person’s rank or wealth is of no importance to him.
Every person is of equal value and is treated alike.

Preparation:  I come before the Creator of the Universe, the Father, the Mother, who loves me dearly.  I ask that my prayer is according to God’s will.

The Gift: Ask for what you desire. Suggestion: For the gift of a loving heart that is open to all.

The Setting:  Imagine you are in the scene of Jesus and the Pharisees.
Which person in the story fits you best?
Live the story from their point of view.

Then the Pharisees went and plotted how to trap Him by what He said.
They sent their disciples to Him, with the Herodians. “Teacher,” they said, “we know that You are truthful and teach truthfully the way of God.
You defer to no one, for You don’t show partiality.
Tell us, therefore, what You think. Is it lawful to pay taxes to Caesar or not?”
But perceiving their malice, Jesus said, “Why are you testing Me, hypocrites?
Show Me the coin used for the tax.” So they brought Him a denarius.
“Whose image and inscription is this?” He asked them.
“Caesar’s,” they said to Him.
Then He said to them, “Therefore give back to Caesar the things that are Caesar’s,
and to God the things that are God’s.”
When they heard this, they were amazed. So they left Him and went away.

Conversation: Talk to Jesus in your own words about whatever has come up for you.

Today’s Music: All are Welcome by Marty Haugen from BBC Songs of Praise @ Warwick
More music from Marty Haugen