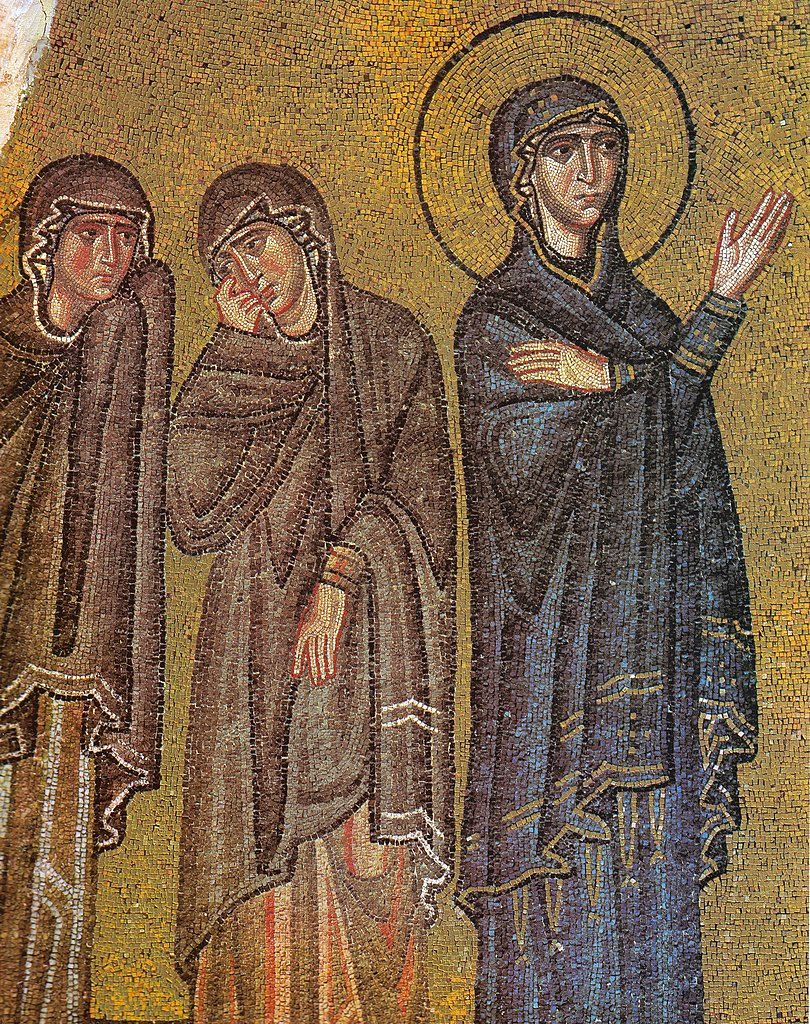 There is a numbness around death. Sometimes we try to keep ourselves busy by doing familar or necessary things. Joseph of Arimathea does what he can to give Jesus a decent burial after his indecent execution.
The ever-faithful women followers of Jesus keep a watchful eye on his body.
Everything had been at such a rush at the end that there was no time to do the necessary anointing of the body before the Sabbath fell.
The women wait for that long Sabbath to end so they can do what they can for Jesus.

Gift:  Ask for what you desire.
Suggestion: To feel the sorrow of the women in the lost of their beloved.

Setting: You may like to imagine you are one of the women, Joseph of Arimathea, the centurian or some other character in the story.

When it was already evening, because it was preparation day
(that is, the day before the Sabbath),
Joseph of Arimathea, a prominent member of the Sanhedrin who was himself looking forward to the kingdom of God, came and boldly went in to Pilate and asked for Jesus’ body.
Pilate was surprised that He was already dead.
Summoning the centurion, he asked him whether He had already died.
When he found out from the centurion, he gave the corpse to Joseph.
After he bought some fine linen, he took Him down and wrapped Him in the linen.
Then he placed Him in a tomb cut out of the rock,
and rolled a stone against the entrance to the tomb.
Now Mary Magdalene and Mary the mother of Joses were watching where He was placed.

Conversation: Talk to Jesus as he lies in death or to the women in their grief.
What might you want to say?
How do you imagine they might reply to you?