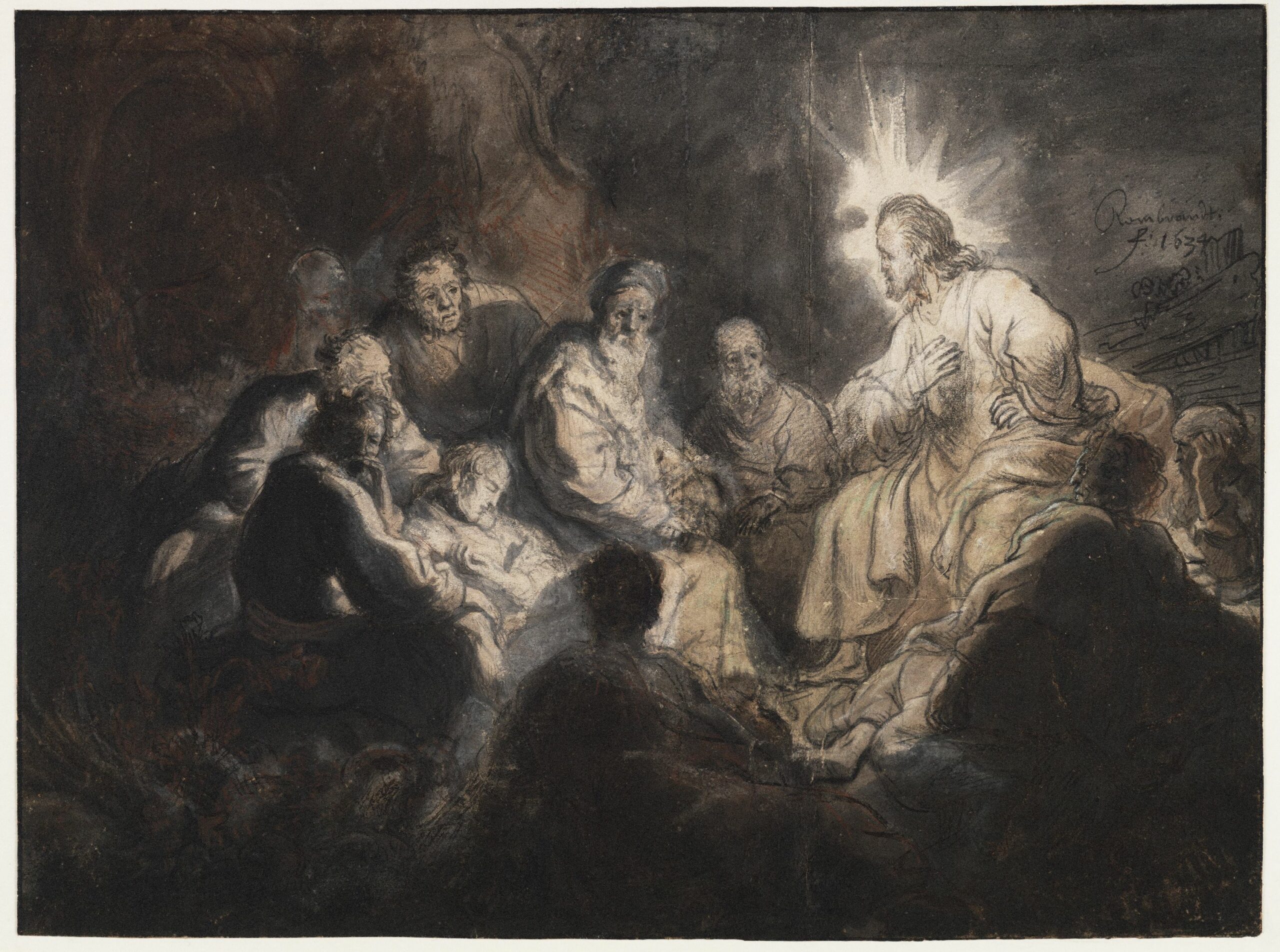 Today’s Picture: Jesus and the Disciples by Rembrandt

Jesus’ Family and Friends: The Family

As the Church developed after New Testament times the Holy Family was reduced to Jesus, Mary and Joseph;
however this doesn’t seem to have been the case for Mark,
the earliest of the Gospel writers.
Like any family they looked to the safety of their members.
In terms of human prudence Jesus was out on a limb risking conflict and danger and not giving himself time for leisure; he was “out of his mind,” the family thought.

Gift:  Ask for what you desire.  You may want to be considered by Jesus as one of his brothers or sisters.

Setting:  Imagine you are in Jesus’ hometown.
Are you one of the family or a follower listening to him in a room full of people?
Be aware of how the people around you are reacting.
How do you feel about what Jesus says?

Then Jesus went home, and the crowd gathered again so that they were not even able to eat.
When His family heard this, they set out to restrain Him,
because they said, “He’s out of His mind.”
Then His mother and His brothers came, and standing outside,
they sent word to Him and called Him.
A crowd was sitting around Him and told Him,
“Look, Your mother, Your brothers, and Your sisters are outside asking for You.”
He replied to them, “Who are My mother and My brothers?”
And looking about at those who were sitting in a circle around Him,
He said, “Here are My mother and My brothers!
Whoever does the will of God is My brother and sister and mother.”

Conversation: Talk to Christ in your own words as a friend or leader.
You may want to talk about the way you are called to follow Christ.