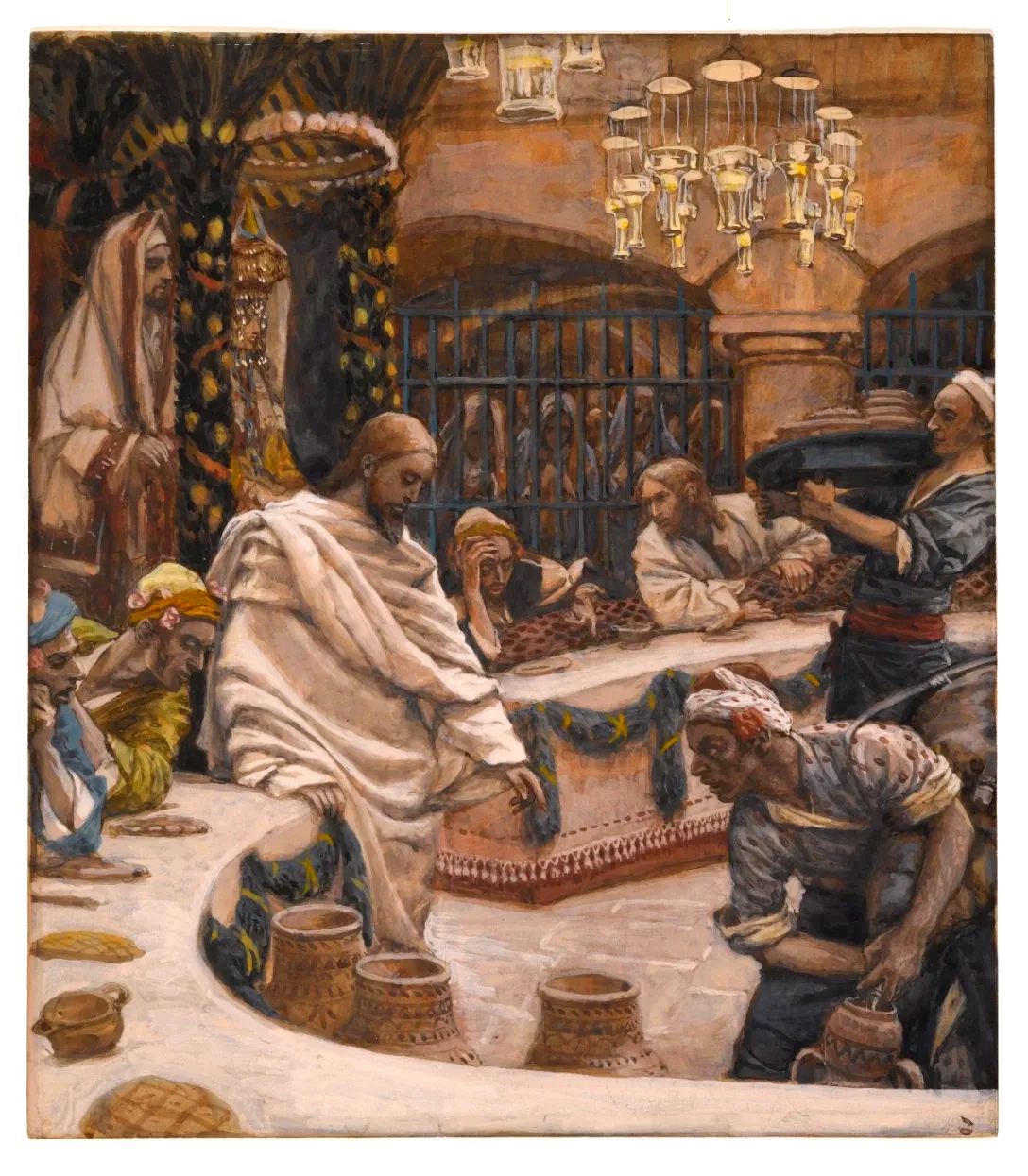 Jesus reaches out to those in need: The Thirsty

Lack of wine at a wedding feast may not be seen as a major tragedy or a great ‘need’ but Jesus’ mother obviously thought that preventing social embarrassment was important.
A reluctant Jesus fell in line with his mother’s wishes.
Presumably Jesus, his family and disciples as well as the other guests enjoyed quaffing the best wine of the wedding.
Jesus and the disciples enjoyed a party – and why not,
life should have its time of celebration.

Gift: Ask for what you desire.  Suggestion: That I can enter into the spirit of a celebration.

Setting: Imagine yourself at a wedding feast.

A wedding took place in Cana of Galilee.
Jesus’ mother was there,
and Jesus and His disciples were invited to the wedding as well.
When the wine ran out, Jesus’ mother told Him, “They don’t have any wine.”
“What has this concern of yours to do with Me, woman?”  Jesus asked.
“My hour has not yet come.”
“Do whatever He tells you,” His mother told the servants.
Now six stone water jars had been set there for Jewish purification.
Each contained 20 or 30 gallons.
“Fill the jars with water,” Jesus told them.
So they filled them to the brim. Then He said to them,
“Now draw some out and take it to the chief servant.”
And they did.
When the chief servant tasted the water (after it had become wine),
he did not know where it came from—though the servants who had drawn the water knew.
He called the groom and told him,
“Everyone sets out the fine wine first, then, after people have drunk freely,
the inferior.   But you have kept the fine wine until now.”

Conversation: Talk to Jesus or Mary in your own words about whatever has come up for you in the prayer or how it has made you feel.

Today’s Music: He Turned the Water into Wine written and sung by Johnny Cash at San Quentin Prison
More Music from Johnny Cash