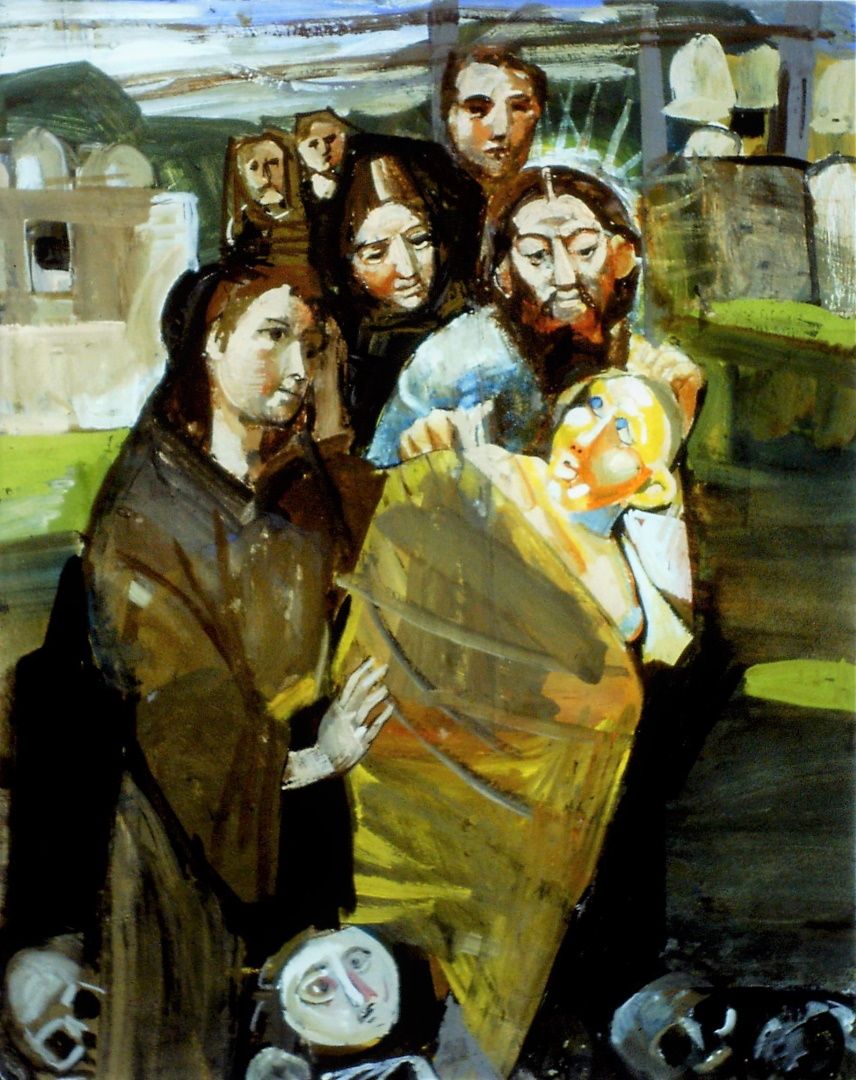 Jesus seems to have no great interest in raising a young man from death for his own sake, but his heart goes out in compassion for his poor mother who is left bereaved and destitute.
Any imitation of Jesus needs to have us developing our sense of compassion for those who are suffering, with a willingness to do what we can.

Gift: Ask for what you desire. Suggestion: To develop a greater sense of compassion.

Setting:  Imagine you are someone in this story.
Get in touch with the highly emotional atmosphere of the story.

Soon afterward Jesus was on His way to a town called Nain.
His disciples and a large crowd were travelling with Him.
Just as He neared the gate of the town,
a dead man was being carried out.
He was his mother’s only son, and she was a widow.
A large crowd from the city was also with her.
When the Lord saw her,
He had compassion on her and said,
“Don’t cry.”
Then He came up and touched the open coffin,
and the pallbearers stopped.
And He said, “Young man, I tell you, get up!”
The dead man sat up and began to speak,
and Jesus gave him to his mother.
Then fear came over everyone,
and they glorified God, saying,
“A great prophet has risen among us,”
and “God has visited His people.”
This report about Him went throughout Judea and all the vicinity.

Conversation: Talk to Jesus in your own words as a friend;
maybe you want to discuss the things that bring out compassion in you.

Today’s Music: You Raise me Up sung by Celtic Woman
Click for more songs from Celtic Woman