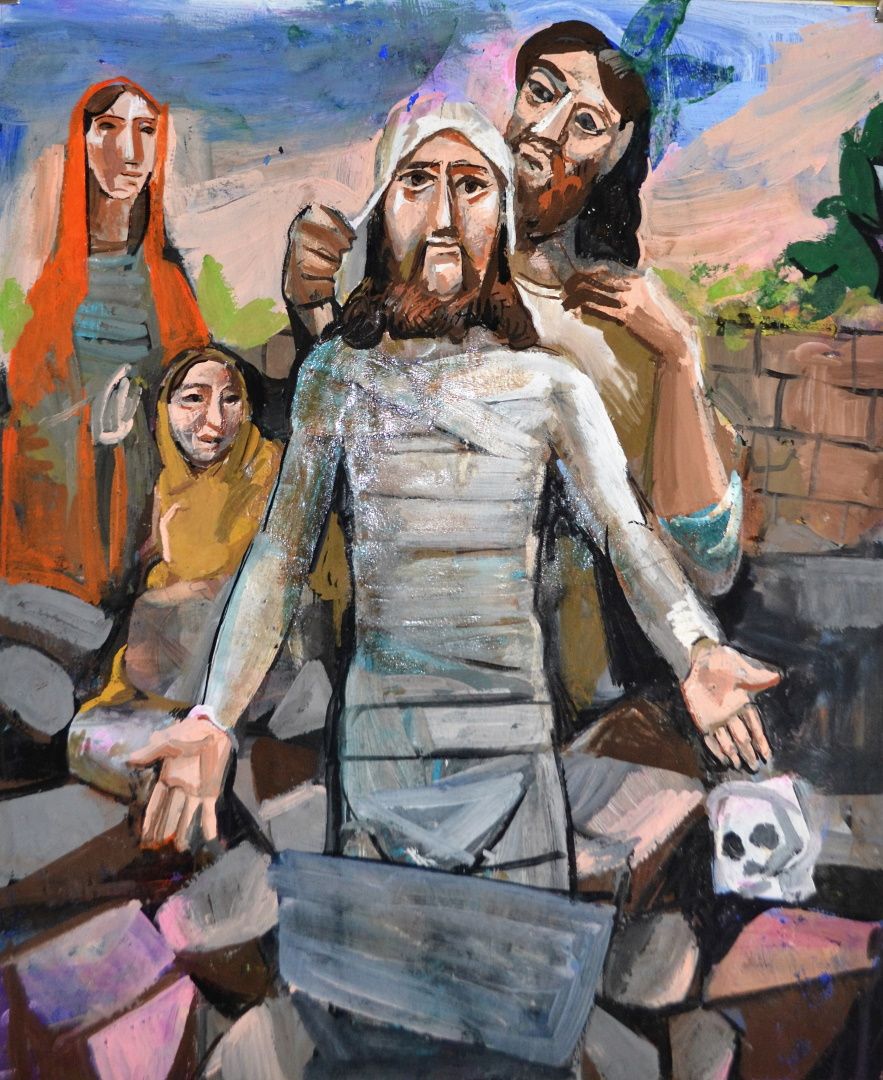 Jesus is moved, not so much by the death of his friend Lazarus,
but by seeing the grief of his two sisters.
The sorrow of others moves Jesus to sorrow.
Jesus allows his emotions to be seen.
If he knew he was going to make everything right again in a few minutes you might imagine him to be quietly confident, even maybe smug, but none of it.
His heart is filled with the sorrow of Martha and Mary.

Gift: Ask for what you desire.  Suggestion: That I may be open to miracles.

Setting: A suitable story to enter into with your imagination.

When Jesus saw Mary crying, and the Jews who had come with her crying,
He was angry in His spirit and deeply moved.
“Where have you put him?” He asked.
“Lord,” they told Him, “come and see.”
Jesus wept.
So the Jews said, “See how He loved him!”
But some of them said, “Couldn’t He who opened the blind man’s eyes also have kept this man from dying?”
Then Jesus, angry in Himself again, came to the tomb.
It was a cave, and a stone was lying against it. “Remove the stone,” Jesus said.
Martha, the dead man’s sister, told Him,
“Lord, he’s already decaying. It’s been four days.”
Jesus said to her,
“Didn’t I tell you that if you believed you would see the glory of God?”
So they removed the stone.
Then Jesus raised His eyes and said, “Father, I thank You that You heard Me.
I know that You always hear Me, but because of the crowd standing here I said this, so they may believe You sent Me.”
After He said this, He shouted with a loud voice, “Lazarus, come out!”
The dead man came out bound hand and foot with linen strips and with his face wrapped in a cloth.
Jesus said to them, “Loose him and let him go.”

Conversation: Talk to Jesus in your own words about what has come up for you.