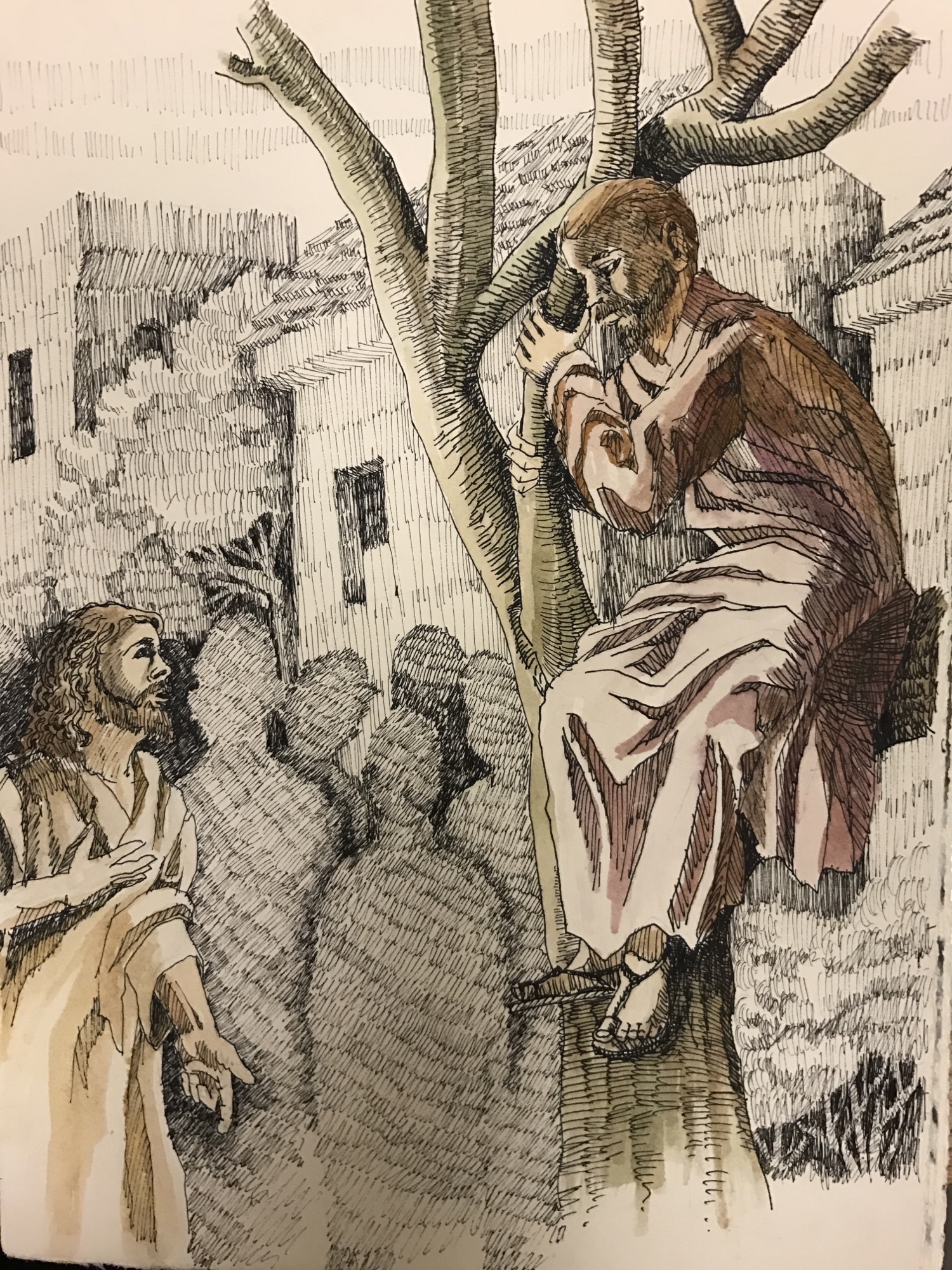 Jesus attacked: as a friend of sinners

Eventually Jesus was put to death. This week we look at why those in authority felt uncomfortable with Jesus and decided to do away with him. To fit in with Holy Week a couple of days of Jesus being attacked are moved to Maundy Thursday and Good Friday.

Most societies like to divide the world into ’goodies’ and ‘baddies’.
Zacchaeus was a traitor, a collaborator with the Romans, a baddy.
The sort of person respectable folk don’t mix with.
The respectable folk criticised Jesus for mixing with such low-life.
Yet, Jesus had the knack of bringing the sinners to repentance.
This story challenges; do I act like Jesus or like the ‘respectable’ folk?
Maybe I do accept people who others shun, if this is so,
then I should be happy and confident in this grace.
Maybe I am one of those people who respectable people look down upon;
if so, Jesus wants me for a friend.

Gift: Ask for what you desire.  Suggestion: That I am willing to befriend ‘sinners’; or allow myself to be befriended.

Setting: A visual story that’s easy to imagine.  Who are you, a member of the crowd, a disciple, Jesus or Zacchaeus or one of those who complained?

Jesus entered Jericho and was passing through.
There was a man named Zacchaeus who was a chief tax collector, and he was rich.
He was trying to see who Jesus was, but he was not able because of the crowd,
since he was a short man.
So running ahead, he climbed up a sycamore tree to see Jesus,
since He was about to pass that way.
When Jesus came to the place, He looked up and said to him,
“Zacchaeus, hurry and come down because today I must stay at your house.”
So he quickly came down and welcomed Him joyfully.
All who saw it began to complain,
“He’s gone to lodge with a sinful man!”
But Zacchaeus stood there and said to the Lord,
“Look, I’ll give half of my possessions to the poor, Lord!
And if I have extorted anything from anyone,
I’ll payback four times as much!”
“Today salvation has come to this house,” Jesus told him,
“because he too is a son of Abraham.
For the Son of Man has come to seek and to save the lost.