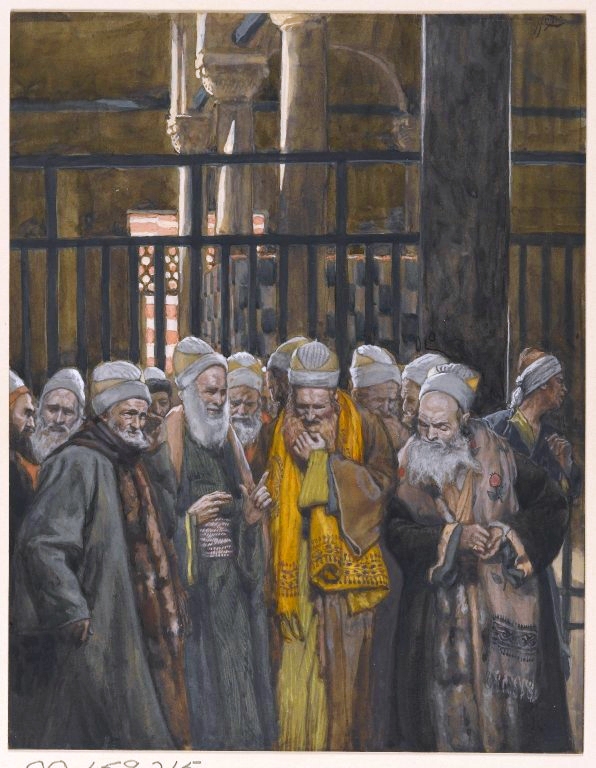 Jesus attacked: for being popular

The raising of Lazarus was such a monumental event so near to Jerusalem
that it increased the reputation of Jesus in this part of the country.
It caused the powers that be to be so frightened they decided to kill both
Jesus and Lazarus as we read in today’s Gospel.
Why do people lust after power over others and cling on to it so?

Gift: Ask for what you desire.
Suggestion: That I may gain an understanding of the way of evil in order to avoid it.

Setting: Imagine yourself in the Sanhedrin, who would you be?

Many of the Jews who came to Martha and Mary
and saw what Jesus did believed in Him.
But some of them went to the Pharisees and told them what Jesus had done.
So the chief priests and the Pharisees convened the Sanhedrin and said,
“What are we going to do since this man does many signs?
If we let Him continue in this way, everyone will believe in Him!
Then the Romans will come and remove both our place and our nation.”
One of them, Caiaphas, who was high priest that year, said to them,
“You know nothing at all!
You’re not considering that it is to your advantage that one man should die for the people rather than the whole nation perish.”
He did not say this on his own,
but being high priest that year he prophesied that Jesus was going to die for the nation,
and not for the nation only,
but also to unite the scattered children of God.
So from that day on they plotted to kill Him.
Therefore Jesus no longer walked openly among the Jews but departed from there to the countryside near the wilderness, to a town called Ephraim.
And He stayed there with the disciples.
The chief priests and the Pharisees had given orders that if anyone knew where He was, he should report it so they could arrest Him.

Today’s Music on the Feast of the Annunciation

Today’s Music: The Angel Gabriel from Heaven Came sung by All Angels
Click for more music from All Angels