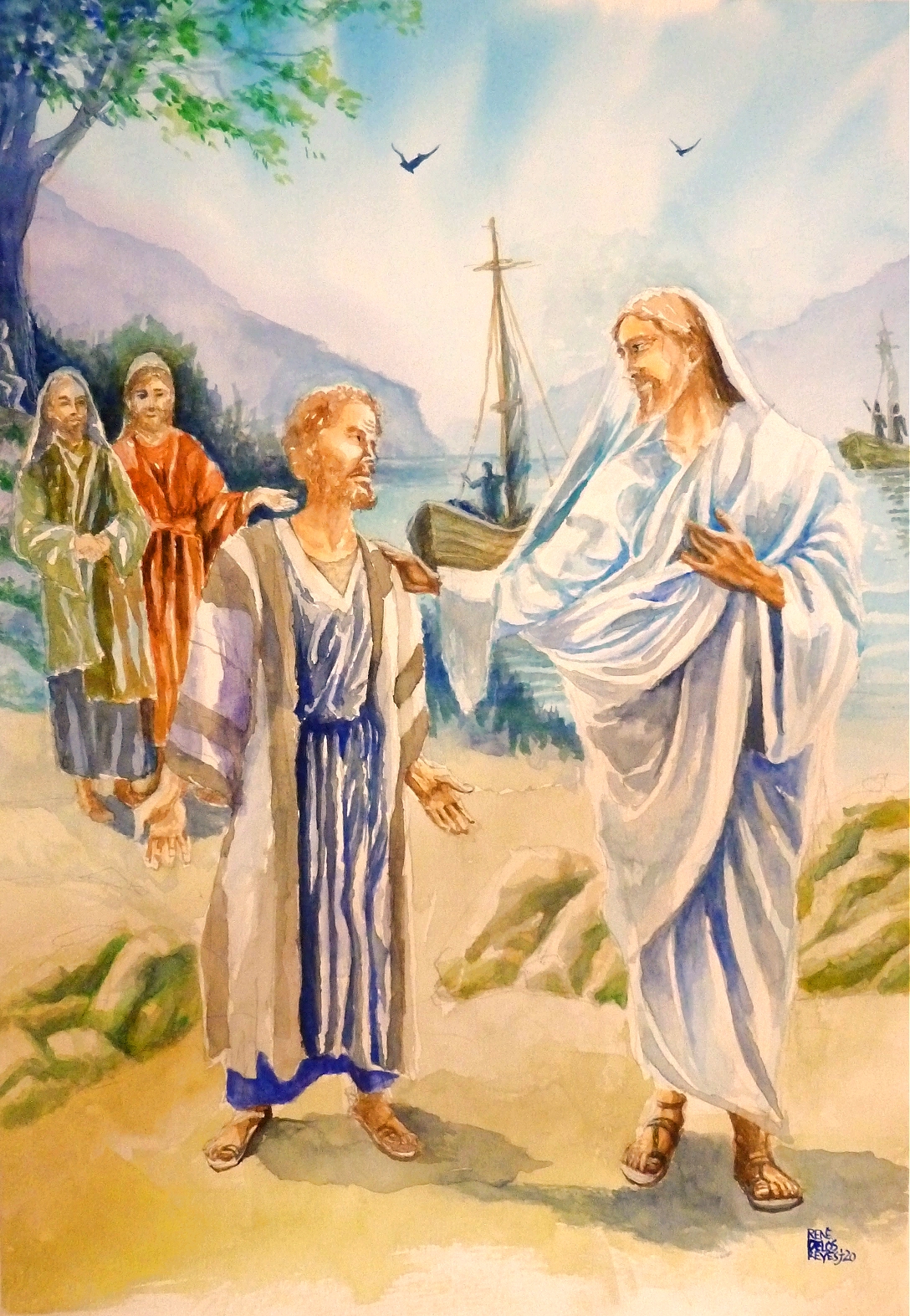 In today’s passage from the Gospel of John we have Jesus getting together his group of followers.
He calls some, they call others.
It is surprising how Jesus manages to hold together this varied group;
fishermen, a traitor – a tax collector who worked for the Roman invaders – and a Zealot who fought against the Romans.

Gift:  Ask for what you desire.  Suggestion: To become a faithful follower of Jesus.

John the Baptist was standing with two of his disciples.
When he saw Jesus passing by, he said, “Look! The Lamb of God!”
The two disciples heard him say this and followed Jesus.
When Jesus turned and noticed them following Him,
He asked them, “What are you looking for?”
They said to Him, “Rabbi”, which means “Teacher”,
“where are You staying?”  “Come and you’ll see,” He replied.
So they went and saw where He was staying, and they stayed with Him that day.
It was about ten in the morning.
Andrew, Simon Peter’s brother,
was one of the two who heard John and followed Him.
He first found his own brother Simon and told him,
“We have found the Messiah!” and he brought Simon to Jesus.
When Jesus saw him, He said, “You are Simon, son of John.
You will be called Cephas”, which means “Rock”.
The next day He decided to leave for Galilee.
Jesus found Philip and told him, “Follow Me!”
Now Philip was from Bethsaida, the hometown of Andrew and Peter.
Philip found Nathanael and told him,
“We have found the One Moses wrote about in the Law and so did the prophets:
Jesus the son of Joseph, from Nazareth!”
“Can anything good come out of Nazareth?” Nathanael asked him.
“Come and see,” Philip answered.