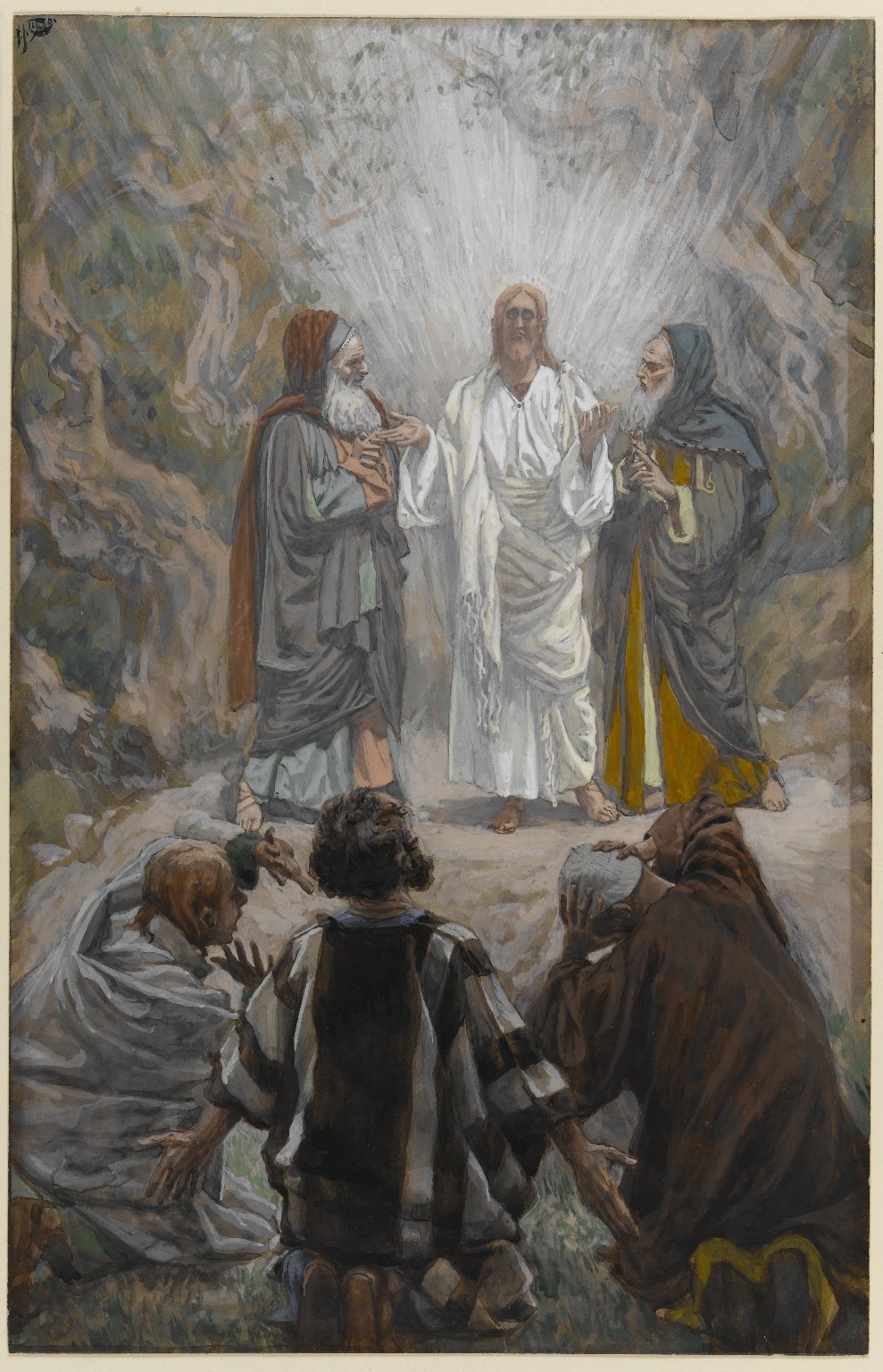 Not all the disciples were treated equally. At special times in his life Jesus selected his closest friends to be with him. Here we have Peter, James and John chosen as witnesses to the Transfiguration.

The Transfiguration places Jesus with two great figures in Jewish history. Moses the giver of the Law and Elijah the great prophet. There was a tradition that Elijah would return to herald the Messiah. Jesus suggests that this tradition came to pass in the person of John the Baptist.
Christians need to remember that Jesus was a Jew, part of that people’s history and tradition. He saw himself as coming primarily for the ‘lost sheep of Israel’. One reason he was not accepted by a lot of his own people was the common expectation that the Messiah would lead the people to independence from foreign domination. At the time of Jesus, the conquerors were the Romans.

Gift:  Ask for what you desire. Suggestion: To understand Jesus’ place in the history of his people.

Setting:  Imagine you are one of the specially chosen disciples having this vision of Moses, giver of the Law and Elijah the long expected Prophet.
What do you make of it?

Jesus took Peter, James, and John and led them up on a high mountain
by themselves to be alone.
He was transformed in front of them, and His clothes became dazzling—extremely white as no launderer on earth could whiten them.
Elijah appeared to them with Moses, and they were talking with Jesus.
Then Peter said to Jesus, “Rabbi, it’s good for us to be here!
Let us make three tabernacles: one for You, one for Moses, and one for Elijah”—because he did not know what he should say, since they were terrified.
A cloud appeared, overshadowing them, and a voice came from the cloud:
This is My beloved Son;  listen to Him!
Then suddenly, looking around, they no longer saw anyone with them except Jesus alone.
As they were coming down from the mountain,
He ordered them to tell no one what they had seen
until the Son of Man had risen from the dead.
They kept this word to themselves,
discussing what “rising from the dead” meant.

Conversation: Talk to Jesus in your own words about whatever comes to mind.

Final Prayer: End with a formal prayer such as the Lord’s Prayer/Our Father