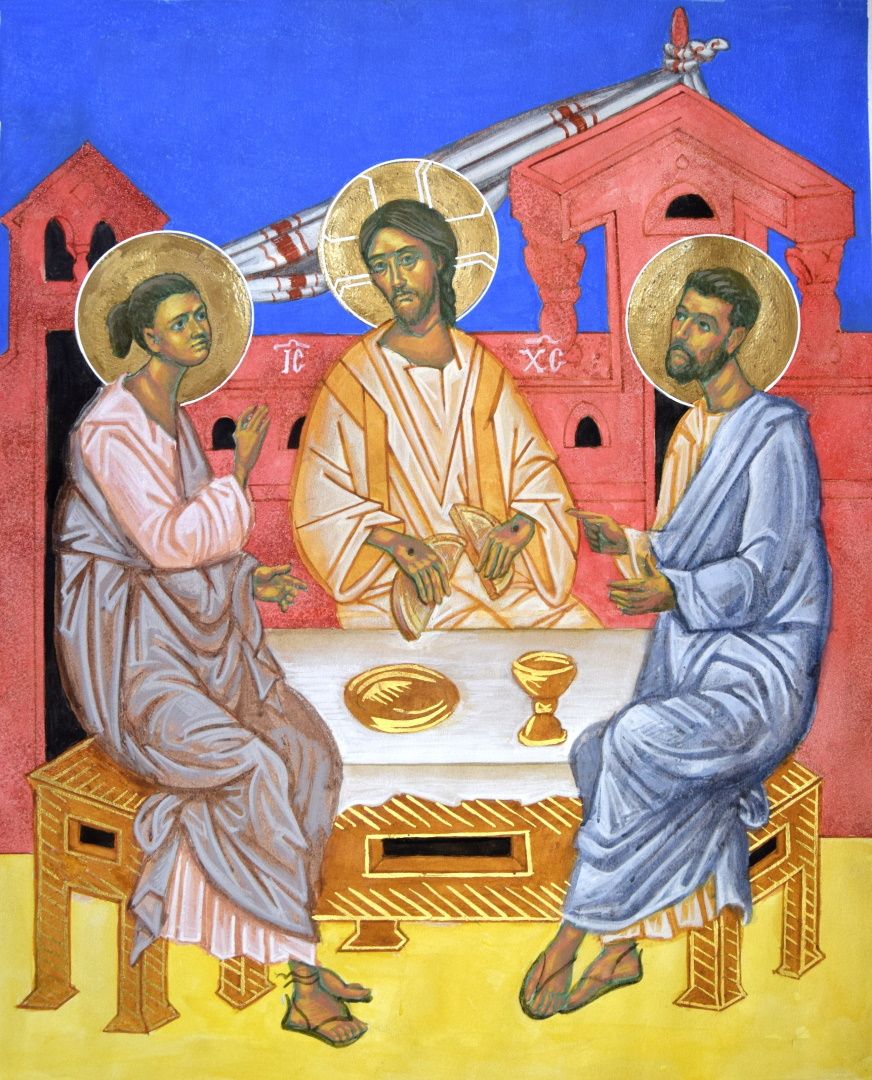 The Gospel writers don’t put in unnecessary details.
Jesus was seen but not recognised too many times after the Resurrection for this to be an irrelevant accident.
It was important, but why?
After the Resurrection people didn’t recognise Jesus through what they saw with their eyes,
but in what he did – like bless and break the bread,
offer a massive catch of fish,
or what he said, such as a name, “Mary”.
Does this help us in our recognising Jesus in our world today?

Today’s story is of the two disciples who were going home to Emmaus and who were met on the road by an unrecognised stranger who talked about Jesus as the fulfilment of Scriptures.

Gift:  Ask for what you desire.  Suggestion: To recognise Jesus in your life.

Setting: Imagine the three of you eating the meal; then the sudden realisation!

It was as Jesus reclined at the table with them that He took the bread,
blessed and broke it, and gave it to them.
Then their eyes were opened, and they recognised Him,
but He disappeared from their sight.
So they said to each other,
“Weren’t our hearts ablaze within us while He was talking with us
on the road and explaining the Scriptures to us?”

That very hour they got up and returned to Jerusalem.
They found the Eleven and those with them gathered together,
who said,“The Lord has certainly been raised, and has appeared to Simon!”
Then they began to describe what had happened on the road
and how He was made known to them in the breaking of the bread.

Conversation: Talk to the resurrected Jesus. What might you want to say?
How do you imagine he might reply to you?